Why is Sugar so Bad for Your Teeth? 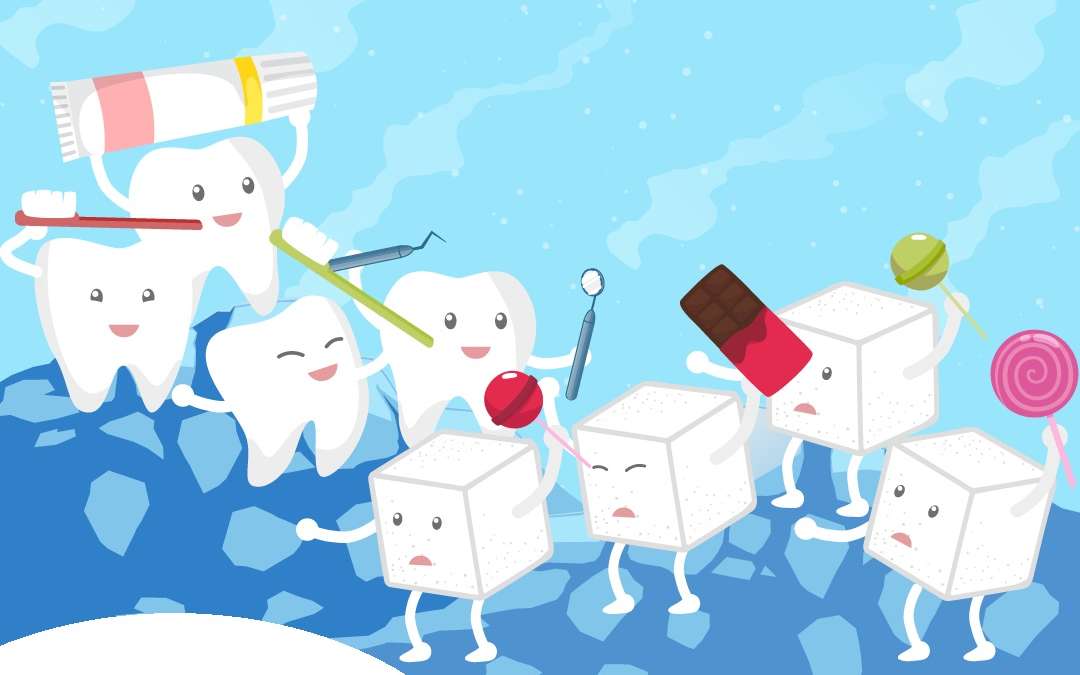 Everyone knows that sugar is bad for your teeth, but most don’t know about the actual process that goes on after you consume it.

If you don’t care about the series of events that starts with cake and ends with tooth decay then this isn’t the article for you. If, however, you want to know more about your oral health then stick around and you might learn a thing or two.

How Cavities Develop in the First Place

Your mouth is filled with hundreds of bacteria — but don’t panic just yet because the vast majority of those organisms are beneficial to your oral health. That being said, there are some outliers who feed on sugar and use it to produce various acids that destroy your tooth enamel.

When these acids build up, it causes a bacterial infection that we call cavities. If the infection remains untreated then it can make its way through the enamel, eventually harming other areas of your tooth such as the dentin which will lead to severe pain and tooth loss.

The two types of harmful bacteria in your mouth are known as Streptococcus mutans and Streptococcus sorbrinus. Both varieties feed on sugar and are attracted to it. After consuming the sugar in your mouth, they produce dental plaque which will erode your enamel over time.

Your teeth are under constant attack by these harmful bacteria and the acids they produce which destroy your enamel by leeching minerals out of it through a process known as demineralization.

Fortunately, the damage done to your teeth by these harmful bacteria is being repaired on a regular basis. The natural process known as remineralization replaces the minerals that you’ve lost to restore your teeth to its former strength.

The key player in this process is your saliva as it contains various minerals such as phosphates and calcium which are essential to repairing teeth. Fluoride is also very effective at repairing compromised enamel which is why most toothpaste brands contain high amounts of it.

That being said, your body can only repair so much damage through remineralization. If you eat too much sugar then you’ll be damaging your teeth faster than your body can repair it.

The pH level in your mouth also plays a role in this deviously sweet process of tooth decay. When you consume sugar, your oral pH level drops due to the increase in dental plaque, turning your mouth into an acidic environment which dissolves minerals, further damaging your tooth enamel. This forms small holes which the harmful bacteria can grow in until a cavity forms.

The History of Sugary Decay 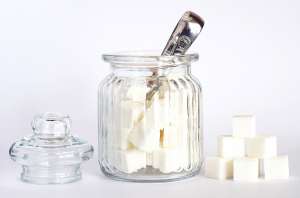 The link between sugar and tooth decay has been around since the earliest periods in human history. However, it was not widely known until recently.

The Greek philosopher Aristotle himself observed that soft figs and other sweet foods caused tooth decay. However, a society devoid of science dismissed his theory as nonsense and continued to lose their teeth.

Fortunately, our species has made stunning scientific progress in the 2,300 years since Aristotle’s death and we now know better, but what can we actually do about it?

What Can I Do?

If you have a sweet tooth, there are some things you can do to keep the harmful effects of sugar at bay or at least soften their blow. Here are a few:

The easiest and most obvious solution is to eat less sugar. Not only will it keep your teeth stronger but it will also improve your overall health and help you get those six-pack abs you’ve always wanted.

It’s worth noting that sugary foods aren’t the only thing you should be cutting down on. Sodas also contain high amounts of refined sugar, and, as if that wasn’t bad enough, they’re very acidic to your enamel. Water is a far healthier alternative as it contains no acid, sugar, or calories.

Read our article on The Dangers of Acidity in Beverages to learn more.

While this may look gross in your head, overclocking your saliva production can hasten the remineralization process and thus repair more damage in a shorter amount of time.

Eating fibrous fruits and vegetables will help you salivate. The three base fruits of apples, oranges, and bananas all contain around three to four grams of fiber within them. Be sure to eat the skin of the apples too since that’s where most of the fiber is.

Other options include raspberries with eight grams per cup, guava with nine, and artichoke taking the belt with a whopping 10 grams of fiber for a medium-sized plant.

You could also chew gum — but ensure it’s of the sugar-free variety otherwise you’re putting a double-edged sword in your mouth.

Tobacco reduces the production of saliva thus limiting the level of efficiency at which it can repair your teeth. Smoking is also a terrible idea in general — at least from a health perspective — so you should quit regardless of whether or not you’re suffering from tooth decay.

Dairy products like cheese and yogurt can make for delicious snacks, but the great thing about them is the fact that they contain high levels of phosphates and calcium which will hasten the remineralization process on your enamel.

What we mean to say is you should have a cup of tea more often. Green and black tea will suppress the growth of the harmful bacteria in your mouth which will, in turn, reduce the amount of acid they produce. Again, be sure to drink sugar-free tea or you’re defeating the purpose.

As most parents and dentists will tell you, one of the easiest ways to deal with the harmful effects of sugar on your teeth is to brush your teeth twice a day.

We all know that fluoride can prevent tooth decay, but what many don’t know is the fact that it can actually reverse the damage altogether if the tooth decay is still in its early stages.

We hope that you’ve learned a thing or two about your mouth, sugar, and staving off cavities. The above tips will definitely give you stronger teeth, but they’ll also make your whole body healthier as a bonus. If you feel the information in this article was useful, pay it forward by sharing the piece with your friend who eats too much sugar.

Want a status update on the war between saliva and harmful bacteria? Head on over to one of our dentist offices for a thorough oral examination that will spot any problems early so we can nip them at the bud. If you have any questions you can also give us a call at (312) 236-9325!