Why Athletes Are at a Greater Risk of Cavities 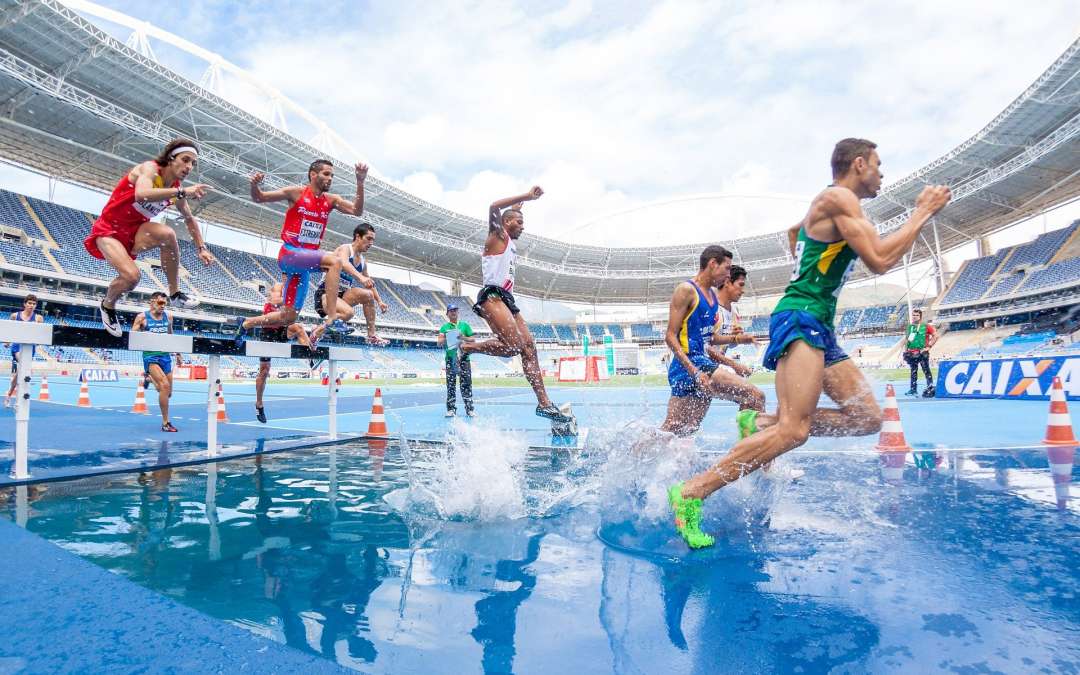 Athletes don’t exactly live the calmest of lifestyles. It’s no secret that concussions, torn ACLs, and broken ribs are an occupational hazard. That being said, the impact that sports have on an athlete’s body goes well beyond those major injuries.

More subtle but just as concerning issues like dental health can also come as the result of a modern athlete’s lifestyle. In this article, we’re going to cover why athletes have a greater risk of developing cavities.

Sports drinks have a strong foothold on the industry, with giants like Gatorade touting their status as the official choice of the NBA. However, they could be taking a toll on the oral wellbeing of the athletes that consume them.

So, why is this the case?

Well, like all discussions of cavities, it all comes down to bacteria. The microbes living in our mouth have quite the sweet tooth; they just can’t get enough carbohydrates. Whenever they consume the carbohydrates leftover from what you eat or drink, they release acid.

This acidic byproduct wears down on the structural integrity of your teeth and the corrosion eventually leads to cavities. Due to this direct relationship, the more carbohydrates you eat, the more fuel these dental florae will have. In turn, the amount of acid they produce also rises.

Sports drinks are packed with carbohydrates out of necessity. After all, their purpose is to provide an energy boost to athletes so their muscles can endure long training sessions and keep their glucose level from dropping too low during sweat-rich fitness routines.

This carbohydrate content in itself isn’t the main problem but rather the frequency at which these drinks are consumed. Athletes chug multiple bottles during a single workout session and they do this multiple days every single week throughout the year.

The long-term exposure is what’s truly behind the significant and adverse reactions.

To learn more about the dangers of acidity, read our piece on it.

Of course, sports drinks are only half the story. Energy gels take things up a notch by mainly consisting of simple sugars. This is great in the context of powering humans since glucose and fructose are absorbed quickly, giving a seemingly instant boost.

As you can imagine, it’s not great for the health of your teeth since it gives a similar, albeit more acidic, boost to the legions of bacteria residing in your mouth. It’s very easy to summarize:

The good thing about energy gel is it gives an energy boost.

The bad thing about energy is it gives an energy boost.

It’s Not a Matter of Brushing

In a rare occurrence, the dental health issues seen so prevalently in athletes don’t seem to be a result of insufficient or improper brushing. A study by the British Dental Journal found that over 94% of athletes surveyed brush twice daily.

This is perfectly in line with guidelines from the American Dental Association. Yet, statistics show that 49% of athletes have untreated tooth decay. The data on hand suggests that the high sugar content of sports energy products are the main contributor to this negative trend.

After all, the aforementioned BDJ study showed that 80% of athletes surveyed use sports drinks regularly.

Seeing as brushing alone may not be enough to combat the dental issues caused by sports drinks and energy gels, the solution may come from an unexpected place: the ketogenic community. As you may know, the keto diet focuses on high fat and low carbs.

This growing demand has encouraged companies to release keto-friendly versions of their most popular products. Keto variants exist for both sports drinks and energy gels. The movement towards low carb content and no added sugar could be just what athletes need.

By consuming products with a keto-centric formulation, you can essentially starve the bacteria in your mouth so they don’t produce as much acid. In the long-term, this will greatly reduce the level of corrosion that your teeth have to endure.

How Long Have We Known

The sad thing is that the ties between sports products and tooth decay aren’t even a new discovery. There have been reports of the dental implications of sports drinks and energy gels in popular publications for years, such as this 2015 story from USA Today.

That then begs the question, why haven’t more athletes gravitated away from them?

Well, it all comes down to just how competitive the field of professional sports is. Being just a little bit faster or a little bit stronger can make the difference between getting cut from the team or winning a championship.

This means the ability to train longer in the gym without running out of energy is of paramount importance for the athletes chasing greatness. The ambition for success is an incredibly compelling force, and cavities are seen as a minor sacrifice in the path to triumph.

As you can see, we can’t pin the blame on athletes for failing to maintain good dental habits since this is one of those few times where brushing your teeth more often isn’t the answer. Still, it’s not like there’s nothing that can be done.

The companies that are reducing carb content and refraining from adding sugar to their products are moving in the right direction. Athletes should also try to be less reliant on these artificial boosts of vigor and, instead, get their energy from nutritious food. Chewing a Xylitol based chewing gum while working out/drinking could help prevent the negative effects of sports drinks. Also, athletes should perform their oral hygiene routine prior to workouts. This could help out with maintaining fresher breath, less plaque, and less vulnerability to tooth decay!

Hopefully, in time, healthy teeth will become just as important to the world of sports as sprint speed or the maximum weight you can bench press. In the meantime, if you’re not competing in the major leagues, then you might want to minimize your sports drink consumption.

Don’t hesitate to give us a call at (312) 236-9325 if you have any questions about how your diet can influence the overall survival rate of your precious teeth. Remember, healthy teeth make for a happier smile!