Does Toothpaste Cause Cancer? The Story of Triclosan 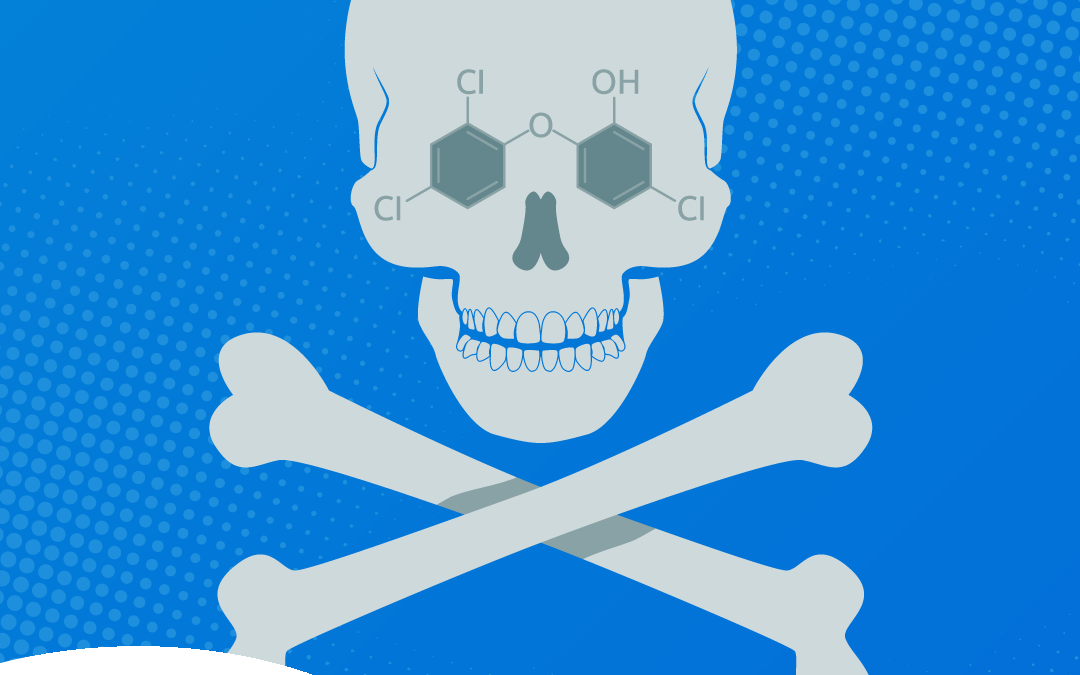 Stories about the link between toothpaste and cancer have been circulating for years. However, with all the misinformation and hearsay, it can be hard to get a trustworthy answer.

That’s why we at Lincoln Park Smiles are going to rely on objective analysis, scientific research, and a multi-angled approach to ensure that we present all the facts you need to decide for yourself.

At the center of most toothpaste-cancer stories is the chemical triclosan. This chemical can be found in countless consumer products.

Its purpose is to prevent — or at the very least reduce — bacterial contamination. Sounds great, right? After all, what could possibly be wrong with fewer germs?

Well, over the past few years, some concerns have been raised about the safety of the chemical and whether or not it’s fit for consumer use. Let’s have a look at some of the proposed risks of triclosan.

A 2013 CDC report stated that at least 23,000 people die every year due to antibiotic-resistant infections.

With the recent emergence of a Yersinia pestis strain — the bacteria responsible for the bubonic plague — that is resistant to all the antimicrobial agents used to treat it, antibiotic resistance is a growing problem that isn’t going away anytime soon.

The World Health Organization themselves have stated that we may be on the verge of a post-antibiotic era, and some studies suggest that triclosan is contributing to this issue.

One study showed that, after being exposed to triclosan, E. coli became 10 times more resistant to the antibiotics chloramphenicol and tetracycline.

A study at the University of Massachusetts found that triclosan accelerated the progression of colon cancer in mice. Guodong Zhang, the head of the research team who conducted the study, said:

“Because this compound is so widely used, our study suggests that there is an urgent need to further evaluate the impact of triclosan exposure on gut health in preparation for the potential establishment of further regulatory policies,”

The researchers found that triclosan altered the microbiome within the gut of the mice. It also amplified the symptoms of colitis and increased inflammation.

This study also found that mice with inflammatory bowel disease (IBD) saw an acceleration in the progression of their condition. As such, humans with IBD should avoid exposure to the compound.

It’s worth noting that these findings don’t guarantee that the same reactions would occur in humans as we’re a different species entirely, but it does show the need for further research into a potential link between colon cancer and triclosan.

How does triclosan affect the body?

Seeing as triclosan kills bacteria, scientists have always suspected that the adverse effects associated with the compound were a result of it interfering with the microbiome in the gut.

To see if triclosan does, in fact, kill off good bacteria in the gut, researchers at the University of Wisconsin-Madison launched a study using germ-free mice.

The mice don’t have any bacteria in their gut. After feeding triclosan to these mice, the researchers observed their condition to see if they would have a negative reaction.

However, the triclosan had no visible effect on these germ-free mice, seemingly confirming the microbiome theory.

If triclosan does, in fact, kill good bacteria in the gut then that could potentially reduce the efficacy of the immune system.

Does it actually work?

With all the health risks involved, you might be wondering if triclosan even deserves to be in toothpaste. After all, if it fails to do its job and poses potential health risks then stripping it from the formula would be a no-brainer.

However, the FDA has said that there is, in fact, evidence showing that triclosan is effective with regard to preventing gingivitis.

On the other hand, they didn’t find any evidence suggesting that it was effective in soaps, stating:

“At this time, the FDA doesn’t have evidence that triclosan in OTC consumer antibacterial soaps and body washes provides any benefit over washing with regular soap and water.”

All these potential risks led to the FDA banning triclosan, but only in consumer soaps. However, even after the soap ban, it remained in the formula of Colgate Total — which is the only toothpaste containing triclosan that was approved for sale in the US.

Consumers were understandably confused as to why a compound was too dangerous for soap but safe enough to put in their mouth.

Colgate finally removed triclosan from the formula earlier this year.

Ian Cook, CEO of Colgate-Palmolive, insisted that the switch from triclosan to stannous fluoride was merely a matter of superior performance rather than a discovery of confirmed health risks associated with the compound.

Procter & Gamble has also removed triclosan from all of its products in an effort to maintain consumer trust following its boardroom squabble that concluded last year.

Beyond triclosan, there are other compounds in toothpaste that some fear may cause cancer — prominently artificial sweeteners such as aspartame and saccharin.

That being said, while early studies showed cause for concern, the latest research displays no confirmed link between these artificial sweeteners and the development of cancer.

The National Cancer Institute maintains its position that “FDA-approved sweeteners have not demonstrated clear evidence of an association with cancer in humans.”

We hope that the information we’ve provided is sufficient and helps you take an informed stance on triclosan products.

If you plan on using triclosan products then you likely don’t have much to worry about. As Sophia Lowes from Cancer Research UK said, “there is no good evidence” to suggest that triclosan causes cancer.

Furthermore, the trace amounts found in some toothpaste are likely too small to cause any harm to humans.

If, however, you prefer to err on the side of caution, you don’t have to forego oral hygiene altogether.

Many dentists suggest that those who fear the potential risks of triclosan should make the switch to stannous fluoride toothpaste. The compound can also help rebuild tooth enamel, reduce plaque, and prevent gingivitis.

Even Colgate has made the switch to stannous fluoride seeing as it’s arguably more effective in an oral hygiene context and doesn’t come with all the bad PR of triclosan.

Whichever path you decided to take, just don’t lose sight of what really matters: good habits that keep your teeth healthy and leave you with a perfect smile.

If you have any questions about oral hygiene, don’t hesitate to call us today at (312) 236-9325! Remember, healthy teeth make for a happier smile!